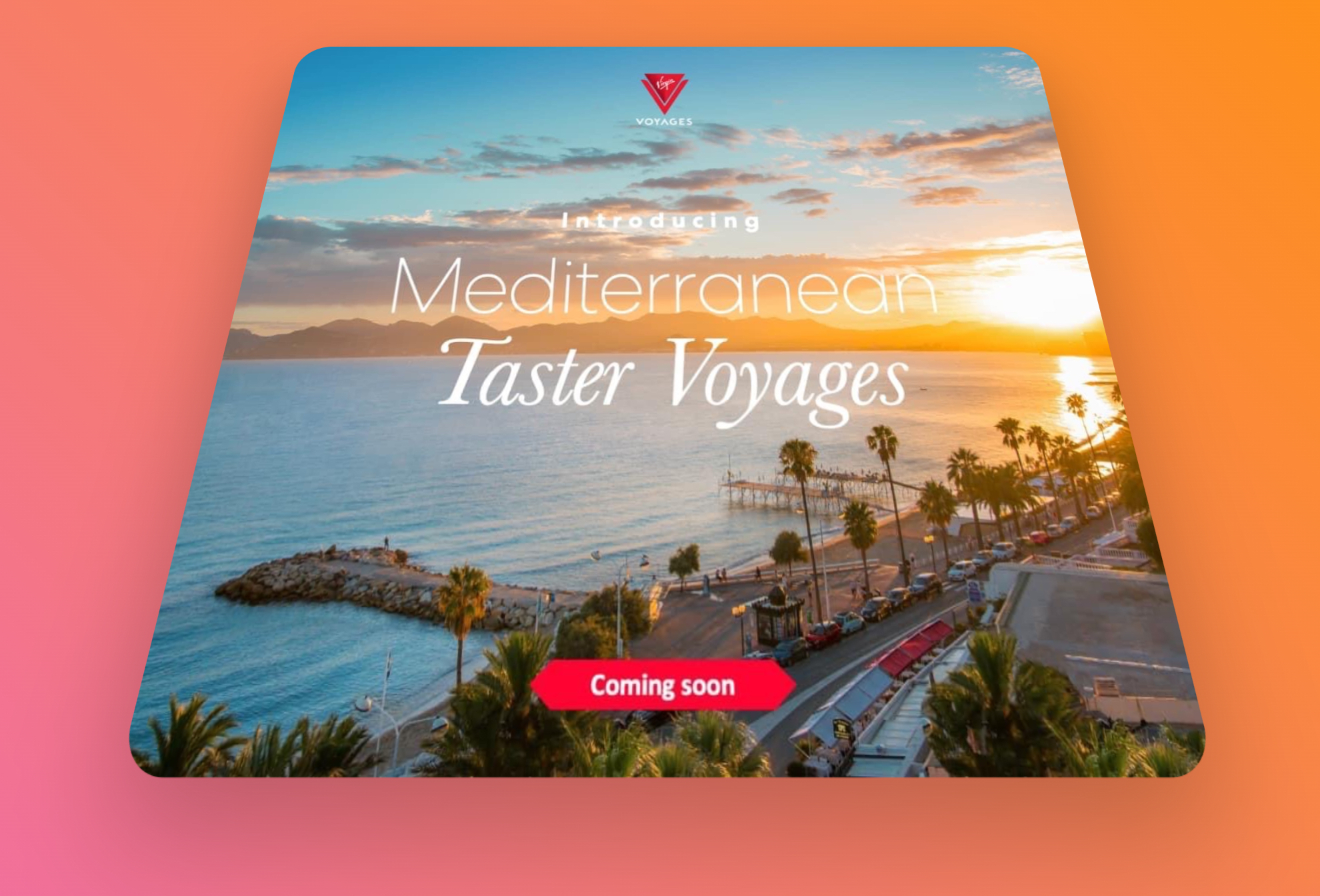 We’ve just caught word that Virgin Voyages is about to release “Taster Voyages” for the Mediterranean starting summer of 2023!

Here’s what we know so far:

Taster Voyages will be on the Valiant Lady

After the Valiant Lady repositions to the Med from Miami in the spring, Taster Voyages are set to launch.

The shorter cruises will sail from Barcelona, sailors will visit Marseille, Cannes, and will overnight in Palma before disembarking their 4-night Taster Voyage. These mini cruises will be for a part of the longer 7 day cruise.

Taster Voyages will be for the UK Market (initially)

Once launched, the itineraries will be available to purchase from travel agents in the UK. Sales will be limited per voyage.